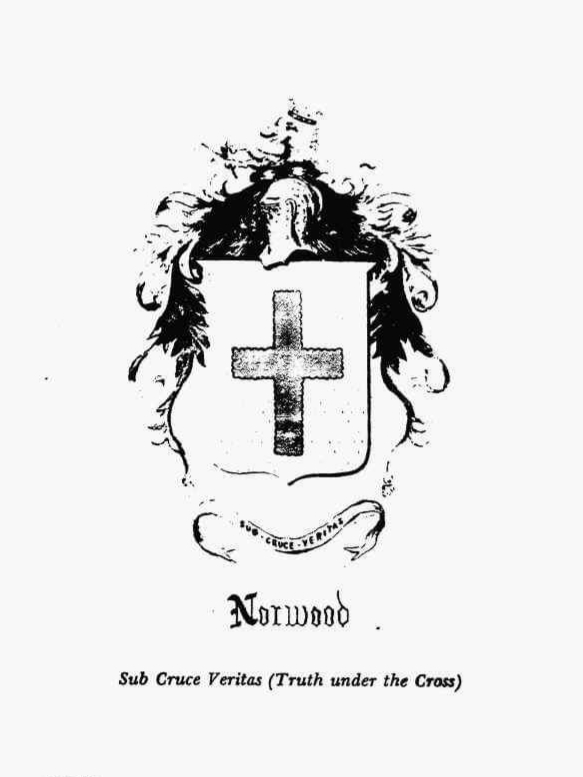 What’s on your mind? So asks Facebook. I don’t usually answer that question, but I thought I’d answer with a troubling query of my own. Then I decided to post it to Twitter but that didn’t feel very comforting. So, here is my blog post on that subject.

Well let’s see right now what is there…am I ever going to figure out where my Norwood line really comes from? I’ve seen what people out there have put as the link to King Harold II of England. I’m trying to make sure that what I’ve seen online isn’t just another King Harold II fantasy just so they can connect to a good strong albeit old English line. In doing my due diligence, I found that he didn’t have any children with Edith Swanneshals (“Swan Neck”) that could have been related to the Norwoods. I checked with people who I believe are more knowledgeable of that time period than I am, especially since I’ve seen what so many have in their trees on Ancestry, Geni, and WikiTree, (although in recent years the latter two are starting to have people post notes that there is no proof of the connection) that Jordanus de Sheppey is the son of King Harold II and Edith.

I asked this from two Facebook groups, one called British Medieval History and the other called Before the Norman Conquest, back in April 2014:

“…I’m hoping…you can answer…my question.  I am looking for CONFIRMED information, as I’ve found tons of unconfirmed info out there, on Harold II and his children. He was married to an Edith (the modern spelling) and had a few children. He was also supposed to have had a long-standing affair with Edith Swanneshals (“Swan Neck”) and had six (give or take) children with her.  One such child is the one I’m looking to get CONFIRMED info about. He is listed as having many names; Alnod Cilt or Magnus or Jordanus de Sheppey (or Jordanus de Scapeia). He was born 1042 and died about 1126.”

I received this link, King Harold’s Family’s Fate (accessed April 28, 2014), from a member of British Medieval History to help explain what became of King Harold’s children and other members of his family. I also received this answer from a member of the group Before the Norman Conquest in April 2014: “…[Two] sources say that Magnus was born in 1051 and one of those claim he died in 1068 leading a revolt from Ireland. [From Chapter 10. FAMILY of KING HAROLD II (accessed 7 Sep 2019), Child of King Harold II and his mistress],…4. MAGNUS ([1050/55]-after [1069]). Florence of Worcester records that ‘Haroldi regis filii Godwinus, Eadmundus, Magnus‘ returned from Ireland and landed in Somerset where they were defeated, in a passage which deals with events in mid-1068 [ref 2090]. He may also have taken part in their raids in south-west England.

However, the second source also speculates that he may have survived and gone to Poland. Some members of the Zaremba Clan in Poland claimed descent from Harold Godwinsson. [In an article written by Tomasz Jurek, a Polish medievalist] he proposes that Harold’s son Magnus is the same person as the Magnus who served as “comes” (wojewode or provincial governor) first of Silesia (c. 1093) and later of Masovia (c. 1109). This Magnus apparently also represented the king of Poland at the marriage of Harald’s daughter Gytha and the prince of Kiev.” (See the 3/25/00 note by Rafal T. Prinke in his post titled ‘Children of Harold II’ in the Google Group – soc.genealogy.medieval, accessed April 28, 2014).

Rafal answers the question about the name Magnus but doesn’t answer anything about either Alnod or Jordanus. So, I continued to search online to see whether Jordanus de Sheppey is this long-lost son of King Harold. I’ve seen in a blog post from a Norwood enthusiast that he could have been a grandchild of King Harold’s, but there is no documentation to prove this.

I have found where some people have discarded this fantasy that Harold arose from the dead and had a son. The Norwood, or de Northwode or Northwood as they were called in medieval England, started with 1st Baron Stephen de Northwode, who was born about 1165. There are many “stories” as to whom his father, Jordanus de Sheppey, was related to and how. This blog post, The Story of Alnold Cilt and the Northwood Family, (accessed May 23, 2018) from a descendant of that line writes what she feels is the “truth” from the known facts but does say some facts are not known and only assumed. Her hypothesis seems to make sense and explains how Jordanus, Anold Cilt, is possibly related to King Harold II. She does list the names of the family from Jordanus but her line veers from mine quite early on so I couldn’t use it to verify my connection. I have scoured the internet looking for documented proof that ties my Alice Norwood to what I had seen online years ago in trees when I first started my genealogical research. I even found a tree that actually listed the Norwoods from Stephen de Northwode down to past Alice Norwood but I couldn’t find that web site again when I wanted to go back to reference it. I was not that good at writing my sources down or creating a digital record of my research when I first started out. Because of my inability to find that web site, and the hard copy I had was destroyed; I began not only printing to PDF but also copying the link to OneNote after pasting the text I found. But that didn’t fix the issue of trying to recreate the search results that gave me the few sites that listed the Norwood line from 1100 to 1800 in England, some with sources but not many. Recently I found this notation is in the section titled “Notes to Pedigree of Isley”, where there is mention to the 3rd Baron Roger de Northwode:

I found this really good blog by a Carrie (last name not listed) that inspired me a couple of years ago to write a blog about my journey trying to find my Norwood line…why it took so long, I was trying to get more info. In her blog post, How to Stop the Circulation of Bad Family Tree Data, (accessed May 23, 2018) she speaks of a book written many years ago by a relation of the Norwood line, G. Marion Norwood Callam, who is known as an authority on the Norwood line. Carrie states that although the book is a good resource for Norwood genealogists, the assumptions it makes on the link to King Harold II is quite a leap. She goes on to speak about what one should do for proper research, siting your sources and making sure you have proof to go with any info found, even in books.

My search will continue and I will write another blog post on what I find, to include other info not included in this post that I’ve found over the years. Unfortunately some of what I’ve found included broken links so anyone wanting to go to the sites themselves can’t happen. Another dilemma I also have relating to this Norwood line has been trying to verify if Alice’s grandparents truly were a Henry Robert Norwood and Katherine Throckmorton. I have seen the name Robert Henry Norwood in some trees, and I’ve seen a reference in a book for a Katherine Throckmorton, daughter of Robert Throckmorton and Muriel Berkely, connected with someone entirely different than Norwood. This has further confused me because more trees and written information puts her married to a Henry Norwood